A Rather Wonderful Series-C.A. Belmond 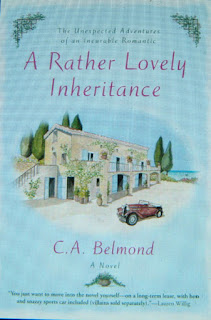 A rather wonderful series about a young woman who longs for the romance of an earlier time, say the 1920s or perhaps 30s, when elegance reigned in fashion, villas, and cars.  Think Nick and Nora, Tommy and Tuppence, Grant and Hepburn tooling around the Rivera in an impossibly cute car (is the Dragonetta based on the Morgan?)

Penny Nichols, historical researcher, is about to set out on the adventure of a lifetime. Intrigue, inheritance and dashing men. This series is delightful. I consumed them one after another.

Someone recommended them on the posiegetscozy blog to take on a train trip. I wish I was taking such a journey. I would pack them to read all over again.


In order:
A Rather Lovely Inheritance
A Rather Curious Engagement
A Rather Charming Invitation
A Rather Remarkable Homecoming